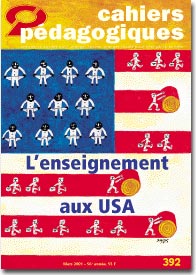 The 2008 Election in the United States: A New Direction for Education?

One of the overlooked aspects of the 2008 Presidential election in the United States is the conspicuous absence of debate on the status of public education. Both Senator Barack Obama and Senator John McCain have generally placed little emphasis in their campaigns on educational policy. In an example of the diminished concern over public education, both candidates were invited to provide a written essay outlining their education policy for the October edition of Phi Delta Kappan, a well respected publication read by 50,000 educators throughout the United States. Obama submitted a speech he gave on education policy in May 2008, while McCain chose not to submit anything at all.

The reason for this lack of concern from both candidates is troubling; however, it is not surprising. Obama has shaped the contours of the election framing it around the deteriorating state of the American economy: the mortgage meltdown, rising unemployment, and the plight of the middle class struggling to make ends meet. A continuous health care crisis, wars in Iraq and Afghanistan, rising unemployment and the need to provide unity in an electorate noticeably divided along partisan lines, left little room on the campaign agenda for public education. McCain has spent considerable time and energy focusing on being a political “maverick” and trying to convince the American public that Obama is unqualified to be president. Yet, the upcoming election is one of the most important ever for public education in the United States. After eight years of the Bush administration’s attacks on public education, policies to promote various privatization schemes in public schools, and the disastrous No Child Left Behind legislation (NCLB), the future of public education as a viable institution in American society truly hangs by a thread.

NCLB has had a deleterious impact on teachers’ morale. It has led to a continuous narrowing of the curriculum in order to achieve the accountability measures associated with Adequate Yearly Progress (AYP). Instruction in social studies, physical education, art and music have been significantly reduced to promote enhanced preparation for reading and mathematics testing in both elementary and secondary schools alike. Many teachers and educational leaders in the United States consider NCLB to be a federal intrusion into the domain of constitutionally mandated local control over public schools. Further many teachers feel the interpersonal relations between teacher and student, so important to the teaching and learning process, has given way to the dissemination of federally mandated tests, the analysis of test-related data, and pedagogy and curriculum that is directly connected to having students pass tests created by large corporate testing companies that have little knowledge or interest in what happens within the domain of the classroom. The relatively spurious achievement outcomes associated with the testing regimen has furthered undermined support of NCLB by teachers and parents alike. For example, in a recent national public opinion poll conducted by Phi Delta Kappan and Gallup, only 20% of the respondents felt “passing the test at the end of the year” was the best way to measure a school’s performance. In addition, 56% of the respondents felt NCLB “hurt” or “made no difference” in the performance of the local public schools. Currently, NCLB legislation rests in political purgatory, with the U.S. Congress waiting to either abolish or reform it once the election has been decided.

In this election there are clear policy differences between the candidates.
Some of John McCain’s key proposals include building on NCLB and expanding accountability schemes related to school and student achievement. McCain would provide performance bonuses for teachers. He wants to increase the power of school principals and provide parents with greater choice regarding the schools their children attend. McCain wants to expand charter schools and the existing school voucher program in Washington D.C. He would also provide funding for professional development for teachers, and appropriate additional money for tutoring programs. McCain wants to expand virtual learning via the Internet, simplify federal financial aid forms for college students, and expand the federal student loan system by increasing involvement with the private sector.

Should John McCain win the election, public educators will need to brace themselves for a hardening of NCLB dictates and possibly an expansion of accountability measures related to testing outcomes among students. McCain will most likely promote initiatives expanding choice options for parents to send their children to private schools at public expense including the possibility of developing a nation-wide voucher program and expanding charter schools. In addition, a McCain presidency would open up alternative approaches to teaching certification as a means of pumping fresh blood into the profession and providing building principals enhanced power to fire or transfer teachers perceived as underperforming.

In many respects, McCain’s educational policy initiatives represent the continuation of the status quo by either maintaining or in some cases expanding George W. Bush’s legacy of NCLB. According to a study at Brown University, 74% of public school teachers in the United States do not support the policy thus a McCain presidency could prove problematic for many teachers. McCain’s support for charter schools and vouchers to fund private school tuition at public expense has spurious empirical support with respect to student achievement levels. Moreover, there is no evidence McCain’s educational policies would effectively address the achievement gaps between white students and minority students. Choice options, however, are attractive to political conservatives and fundamentalist Christians who form the base of McCain’s political support. If McCain were to follow through with his teacher quality initiatives, they could have the potential of reducing teacher quality because of lax criteria for teaching certification on the one hand while challenging the power of the two major teachers unions, The American Federation of Teachers and the National Education Association both of whom endorsed Obama for the presidency. Likewise, his proposed bonus pay for teachers have proven controversial in schools where they currently exist. Education funding could also become a contentious issue in a McCain presidency. Given his position on instituting a spending freeze on most government spending, McCain would effectively exacerbate existing inequities in educational opportunities between rich and poor students, special education students, immigrants and minority students.

Some of the key policies of Obama’s education agenda include reforming NCLB through increased funding, reversing earlier funding cuts made by the Bush administration. He would redesign assessments so they are no longer focused on rote memorization of facts, figures and formulas, instead testing students through “problem solving, investigation and research” skills necessary for American students to compete in a global economy. Obama has stated he wants to significantly increase funds for research and development related to effective teaching methods, increase access for early childhood education and preschool so young children are better prepared to enter kindergarten. Obama has proposed that collaboration and cooperation between federal, state and local school officials be enhanced. He wants to increase the number and quality of teachers, provide additional learning opportunities for students in need and create programs to prevent drop-outs. With respect to higher education, Obama has recommended simplifying the process for applying for financial aid, providing tax credits for the first $4000 of a college education for most students attending public institutions of higher education. He also intends to expand the Pell grant program which provides financial aid for low income students.

A Barack Obama presidency presents a potentially dramatic departure from the policies of the past eight years. Although some progressive educators have criticized Obama for adopting the neo-conservative mantra of failing schools and a broken system, should Obama become president, significant reforms would occur concerning NCLB. Obama has promised increased federal aid to enhance the quality of classroom teachers, provide increased funding for schools labeled as failing, and increase the federal commitment for special education programs. Likewise Obama’s initiatives to support early childhood programs and Head Start, (a school-preparedness program for students in poverty), would go a long way in combating the achievement gap in American schools. Funds to enhance middle school programs would play an important role in reducing drop out rates, and Obama would create a comprehensive set of policies to enhance access and affordability for higher education. A troubling question emerges from Obama’s education agenda, however; can he possibly find the money to support the programs he promises in the midst of the severe economic downturn in the United States? Although, many educators would invariably find hope and support from an Obama presidency, the realities of economic recession, a burdensome debt, and competition from other pressing needs such as health care reform, alternative energy needs, and supporting two distant wars may make Obama’s policy agenda extremely difficult to implement. So in the expectation of great hope for progressive change in federal education policy, educators in the United States are once again confronted by an unsettling reality; having to confront rising challenges from the achievement gap, the language and cultural needs of immigrant students, decaying infrastructure, a burgeoning special education population, the graying of the teaching profession, but receiving inadequate funding to effectively address these challenges. Nonetheless, Obama’s education agenda appears to have public support. In the Phi Delta Kappan/Gallup poll when asked who they would vote for “solely on the basis of a desire to strengthen the public schools,” 46% of the respondents favored Barack Obama. Only 29% preferred John McCain.

One emergent issue has also not received enough attention during the 2008 campaign. Obama’s message of hope, unity, and change has resonated with the majority of American voters. An Obama presidency would represent a new wave of political activism in the United States; one that transcends class, race, gender, party affiliation, and age. In many respects, Obama’s coalition of support is a mirror image of the changing demographic of the United States in the Twenty First Century; an increasingly multiethnic, multiracial and multilinguistic America. Thus his campaign exemplifies the multicultural face of the United States in an age of globalization. As such, Obama may be the first American president to actually achieve a long-standing American ideal: unity through diversity. Of particular importance in this regard is the role young people have played in his campaign. There is an air of electricity among many young voters in America today and a sense of optimism I have not witnessed as a classroom teacher in more than 25 years working with high school students. Obama represents a “new wave” politician. He speaks the language of America’s youth, is comfortable in their dress, knowledgeable about their pop culture, shares their life experience, and most important, is tuned in to their desire to be participatory citizens. For far too long, young people, ethnic and racial minorities, women, and new immigrants have been marginalized from mainstream politics in America. Obama represents a departure from business as usual and a new voice for the dispossessed. The election of 2008 is an historic election in American history. Its influence will continue long after the polls close on November 4. 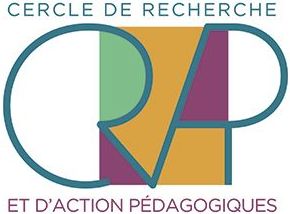 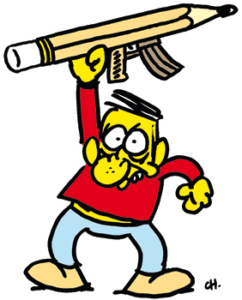